ChrisGerben.com is undergoing a much needed facelift. Pardon the dust.

Happy New Year and welcome back, my beloved Tigers. With an Opening Day win today I see no reason why we’re not staring yet another 162-0 year straight in the face. Let the historic run commence. 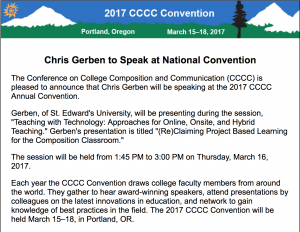 Thanks to anyone who showed up to (or showed interest in) my talk at CCCC 2017.

You can read my script here. You can view my slides here.

An annotated bib of my sources is coming soon. 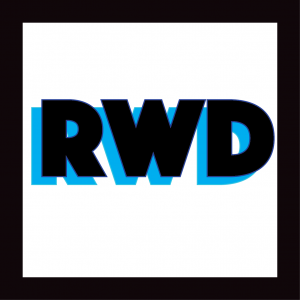 I’m very proud to introduce the world to Read•Write•Design, my editing agency that is taking over where cgerben consulting left off. My plans for the agency include providing project work for individual and corporate clients. Please check out the site and stay tune.

And that will do it for this year. Lessons learned: don’t start on December 19, try to narrow down the tracklisting to under 30 songs, try to meet more people so that my writing isn’t so self-centered, have fun. I hope you did, too.

If nothing else I’m including this song just because this album artwork is so wonderful. It’s by far my favorite. The fact that this song is so short and earnest just makes it all the better. In another band’s hands this could feel like a real jewel on another album. Here it sounds almost throw-away, which actually makes me marvel all the more. Someone told me a long time ago that we’d look back and see Wilco as our Beatles. I’m still skeptical, but there’s no doubt they’ve written themselves deep into our history books at this point. 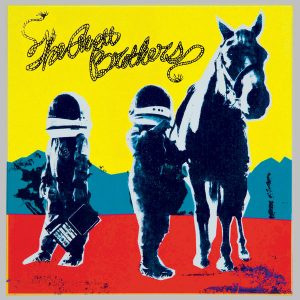 Because of family and work obligations I’ve only gone to see one movie within the last year. I went alone, during the day, and walked home with this song in my head, apropos of absolutely nothing. The film was Manchester By the Sea, which was beautiful but also the most depressing thing I think I’ve ever seen. I really liked it, though. I just can’t take any storyline that features children getting hurt. I’m a softy. And a dad. This song came out of nowhere and somehow saved me that day. Thanks, boys. 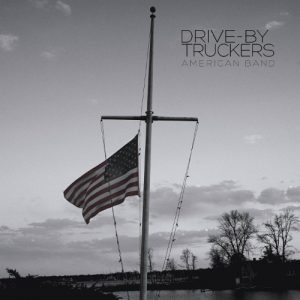 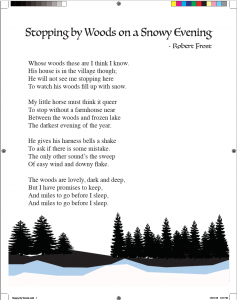 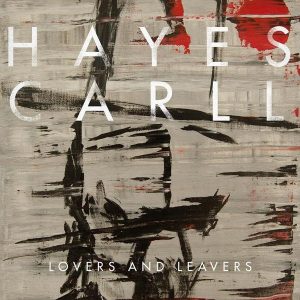 I honestly have no idea where this one came from or where it was going, but I sorta like it. It’s been on my desktop for at least a year and I can honestly say I don’t remember writing it, but I kinda like its voice:

I just kept thinking: if I could just stay in this room it would all be all right. If I could just figure everything out before I emerge it would be fine. No knocks on the door. No trips to town. Just get to work. Figure it out.

But, you know, sometimes. Well, most times. I’d fail. I’d fail again and again. Looking out the window, fixing something that needs fixing. Or reading. Or thinking about things that don’t require thinking about. Those are the worst things, the wicked things. The things that take up so much time but mean nothing really.

I’d be my best each new year. Like I had a new start, a fresh start. When everything around me slowed down too and we had a promise together to just keep things quiet until it was all sorted out, you know? The more it snowed, the deeper the spent stalks got buried and the hemlocks laid heavy, the calmer I felt. Not because I was doing much, but because there was still time.

The sun became my enemy then. Each warm afternoon threatened everything.

So I began to wish for the night, to wait for the night. Clear skies and partial moons, dull galaxy in the distance, while the snow crystalized and the critter tracks kept time to the weather’s movements. Silence. It was the silence that I loved most. I knew wind was good, too, maybe better. But it blew my calmness into unpredictable drifts. It exposed big patches in the ground where that other life still existed.

But in the silence nothing changed. I was the only listener. The only watcher. I could come and go as I pleased and nothing changed. Nothing changed me. Only Orion’s hunt across the sky marked the progress I was racing against. But that’s the thing, you see, it wasn’t a race during those times. There was no time. There was no people, as long as I kept away from them anyway. It was just me and my plans.

As an Austinite it’s now my sworn-duty to like Hayes Carll. Fortunately he makes it pretty easy, even if I haven’t really sunk my teeth fully into this album as much as I’d like to. The title alone would make believers our of sinners if you ask me. 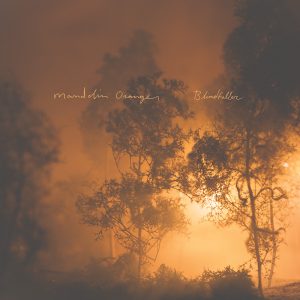 I discovered this band late one autumn night, at least an hour after I should have reasonably gone to bed. But there I was in the lowlight of the stovetop listening to this song and thinking about camping trips gone by with my friend Adam up and down both banks of Lake Michigan. The music made perfect sense then, even if it doesn’t quite now.